Oh man, I had a blast at tri camp and am trying to keep my head above water now as I'm back at home and in real life. No more just thinking about swim, bike and running in the Florida heat.

So to start - I left Monday night and flew to Tampa. Delayed flight had me getting in late, but all the early arrivals to the beach house were up and greeted me. There were 6 of us down there for the early part of the camp which officially started Tuesday morning. Great group. So many laughs.

Wednesday night saw the arrival of everyone else - the shorter version of the camp started Thursday. We now had a total of 14 of us and we swam, biked and ran ourselves to new tans.

The weather was incredible this year. Whereas last year it was really chilly (for Florida) this year was warmer than ever. I don't think the low ever got below 65 and most days were pushing 80. Lots of sunshine and only some fog in the mornings which was a blessing during our long run and long ride. I even was able to swim in the ocean (with wetsuit, although Marty swam without one most of the time). The water was right around 70 degrees. Our typical swim was from our beach house down to a bar about .75 miles away. No, we did not GO to the bar! Sheesh, what do you take us for? ;) That place was always packed, though. Does anyone work around here?

There are lots of tri camps around but none will have a 'Shhh...Don't Tell Momma' store within a couple of miles. Yes, that is a real store. You cannot even imagine the number of jokes and the amount of times that name was said during the day. Just in case you're wondering, they answer the phone with just "Don't Tell Momma" (we were curious!). I may or may not have a totally ghetto gift certificate from them courtesy of our hilarious campers.

The last day of camp was one of the Gasparilla races (half marathon or 8K). We were about half and half for the races, and of course yours truly did the short one. The half marathon started at 6am (suckers!) and the 8k started at a much more manageable (and hot) time of 9am. You may have already seen the self indulgent article I posted that was in the Tampa Tribune. The reporter has known me since I was really young and didn't realize who I was since Marty registered me as Bri Gaal and everyone down there knows me as Brianne Harrington. We had a great conversation catching up on the past 10+ years. His article was very nice :)

So quickie race report - all the fast people did one of the other races (obviously). They also had a 15K and 5K on Saturday. I'm not trying to poo poo my win, but seriously, my time was nothing to write home about. But you betcha I enjoyed breaking the tape and hitting up the VIP tent! My legs were not surprising, pretty dead on the warmup. I didn't care, though. I was just out there for fun and to get a good tempo run in.

As usual, there were lots of people ahead of me at the start. By the first mile I had creeped my way into 3rd place and realized my friend Christina was leading (she had a baby 7 months ago, by the way). I caught up to her at the 2nd mile and dialed back the effort a bit so I could run with her for awhile. I wanted to talk and catch up but she was breathing a bit harder so I left her alone and didn't annoy her. At the 3rd mile I told her I was going to pick it back up and I tempoed it back to the finish, where they made a big deal about me being the record holder (side note - this was the first year they had ever run the 8K - hahaha!) When I finished I got to shake Joan Benoit-Samuelson's hand. So cool.

After the race, there were several trips back and forth to the airport and bike shop as people got ready to leave. A few stayed over Sunday night and we had an impromptu party with them, my friend Joy from high school, Christina and her husband, and Kathy and Anders - love all those guys! Wish we were closer so we could all hang out more.

A little foggy, but still a nice ride up the beach to Clearwater, down the Pinellas Trail to downtown St. Pete where we stopped for... 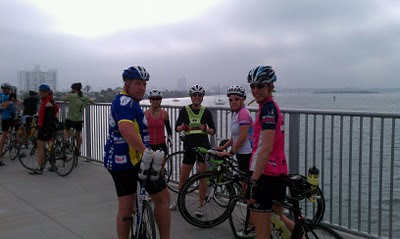 Gelato! And if you're name was Bri, a giant, warm chocolate chip cookie. I felt like a new woman after. Someone asked me what woman...har har. 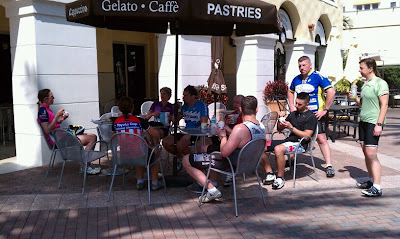 Dinner with some of the campers at the house before Sue did a mental toughness talk. Excellent stuff from an excellent person. 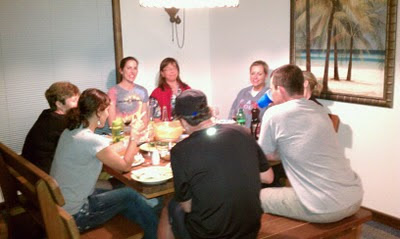 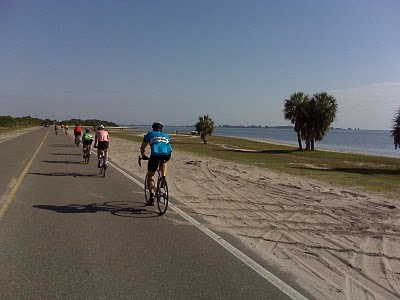 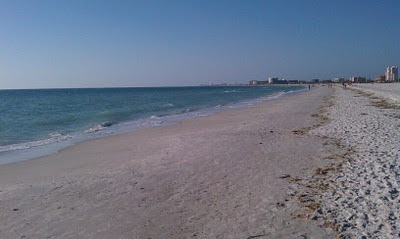 That's us! Another sunset on the beach. 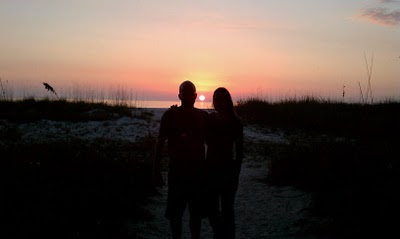 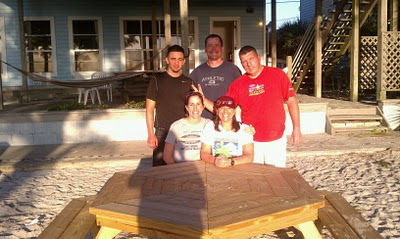 Camper Carlos having a zen moment as the sun sets. 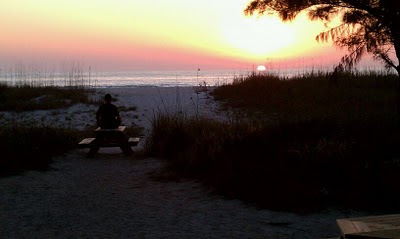 Laugh/chuckling as they make a big deal about me winning the 8k. One more side note, this was not called an 8k, but rather a 5 + 3k. Uh, what? 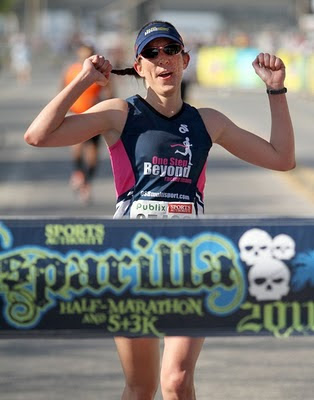 Well congrats on your win regardless!!! Sounds like a really fun trip!

Great to see you guys! Wish u were coming out for St Anthony's, you'll be missed! Hope it warms up soon!