The Gaal’s had a solid weekend with Marty and I both bringing home the ‘W’ at two different triathlons, and Junior Awesome high fiving everyone along the way.  Marty proved at the TOA sprint that he’s not all washed up and old and won wire-to-wire.  Logan and I had a lot of fun cheering him on and listening to the announcer exclaim, “Here comes big Marty Gaal!  Old guy still got it!” I had originally thought I would also do this race and we even had an early morning babysitter lined up but this particular sprint is a bit hard and my undertrained self knew I wouldn’t have any fun suffering through it. Instead I opted for the Girls Run the World triathlon the next morning. This was a 250yd pool swim, 10mile bike, 2mile run. PERFECT!

The 7am start meant a very early wake-up. No matter, Marty and Logan still made it there to cheer me on when I got out of the swim.  The long run to transition made my sensitive footsies hurt, but I forgot about them once on the bike.  Mostly I tried to keep the snot off my face as my nose was extremely runny in the cool morning air and push as hard as I could.  I was most surprised at myself with how well I actually biked considering the hilly terrain and my lack of biking. I was in first place heading out on the run and tempo-d that through more hills.  Getting the overall win was fun, more so since my two favorite boys were there to see it.

Posted by BriGaal at 8:35 PM No comments:

Logan's daycare held an Easter Egg hunt today for all the classes.  First, I prepped him with a little bit of competitive attitude leading up to it. 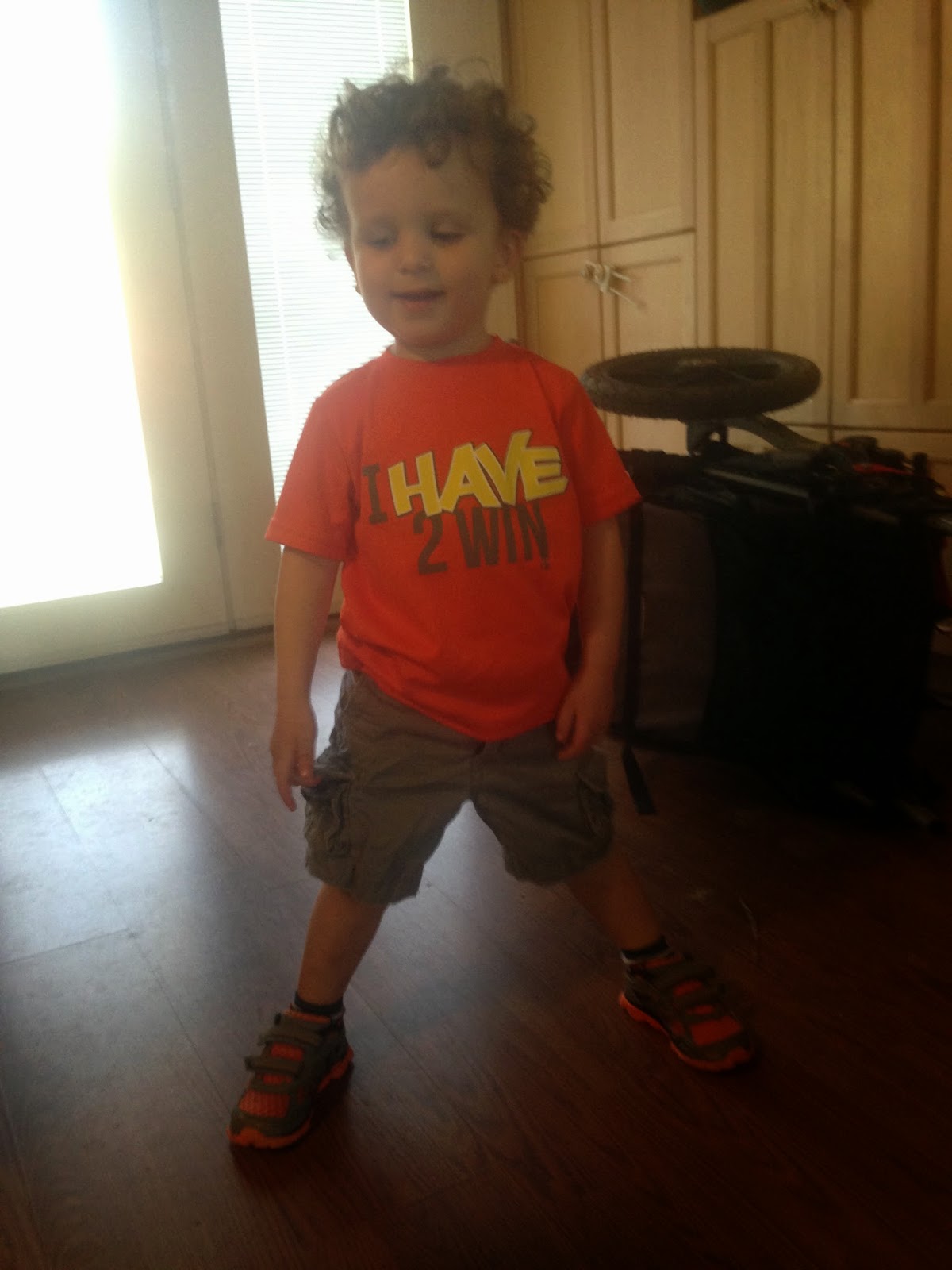 Grandma helped by getting him a very cute Easter Basket. 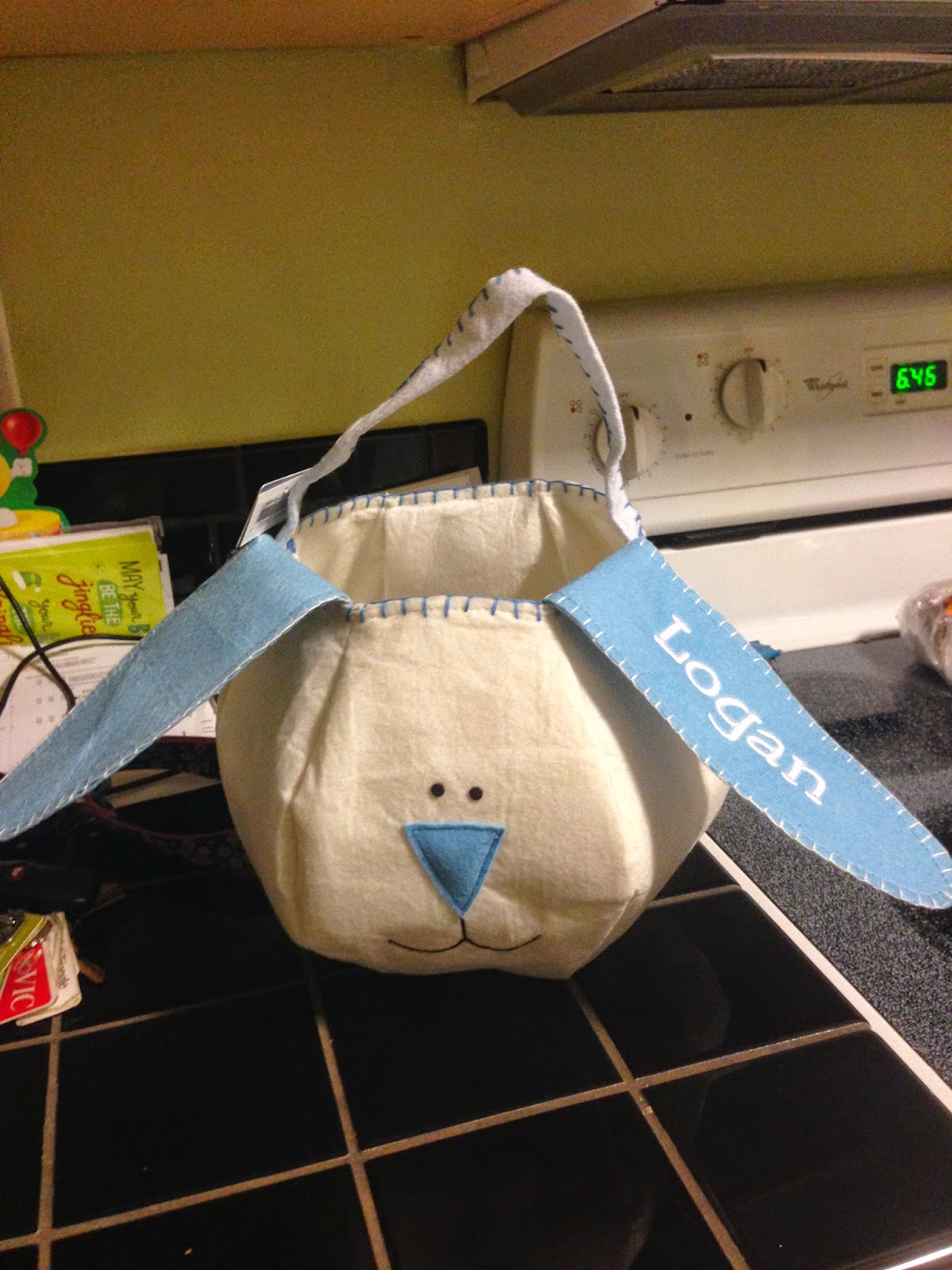 The morning was a little chilly (wtf spring) so Logan had to wear some long sleeves under his 'I can rock a pink shirt' and a Marty hat. Also, apparently this is his new stance when I ask him if I can take his picture. 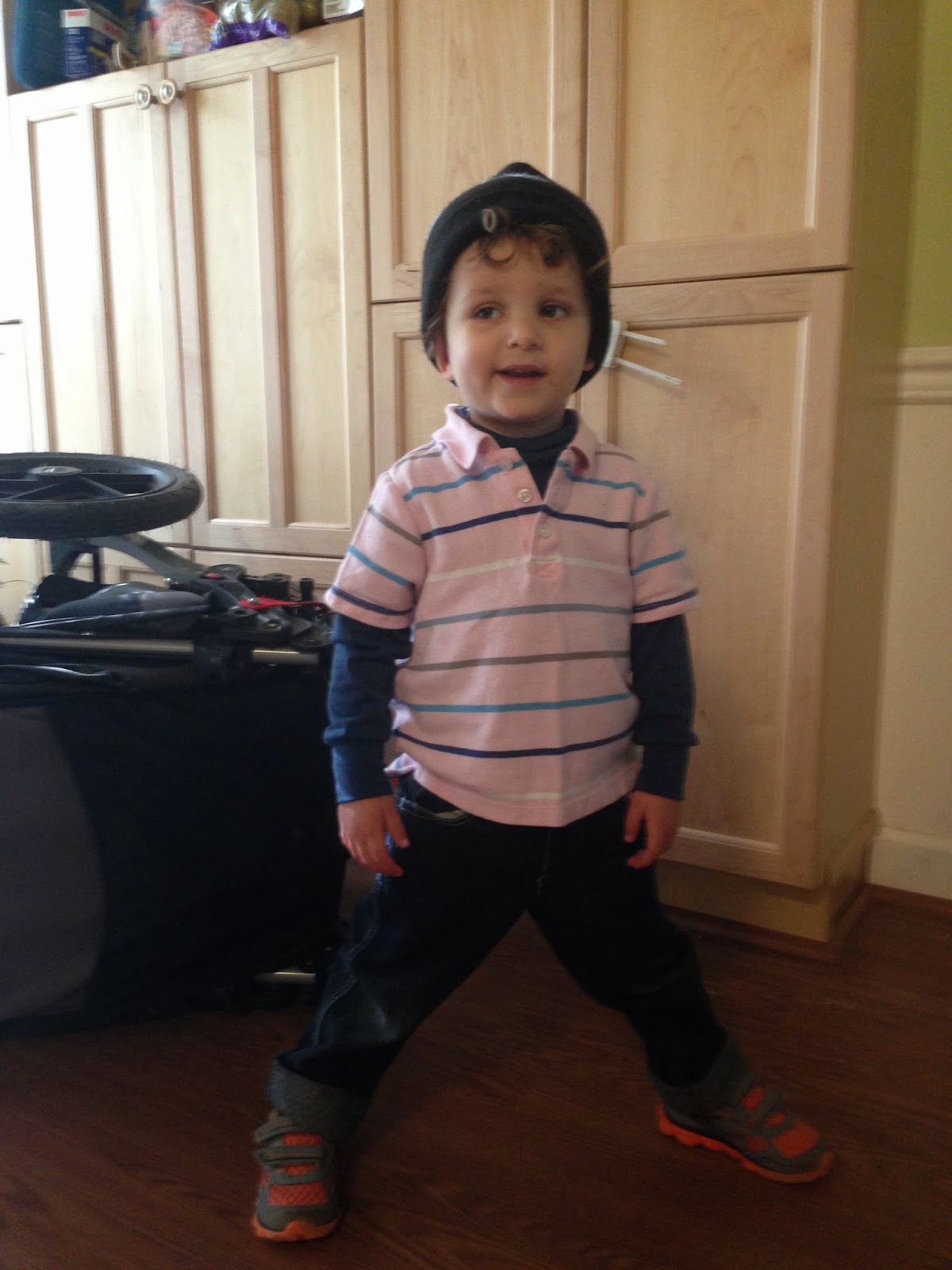 Marty, his dad who was in town, and myself all went to help stuff eggs.  Marty wasn't happy with where the eggs were hidden (they weren't) so he went around the playground and tried to make it a little more difficult. 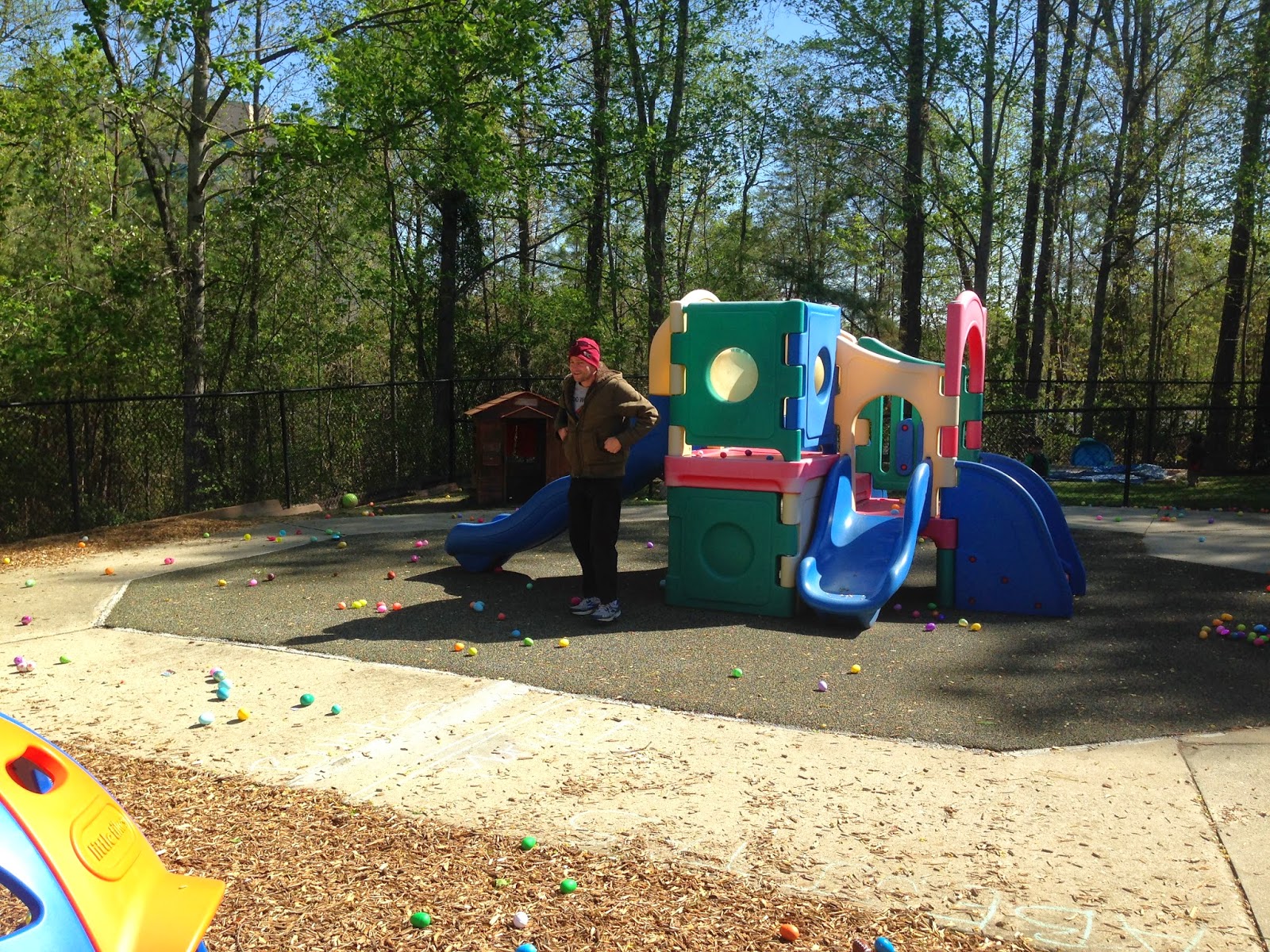 And they're off. Logan picked up the gist very quickly (although he definitely didn't realize there was anything IN the eggs until later that night when I opened one). 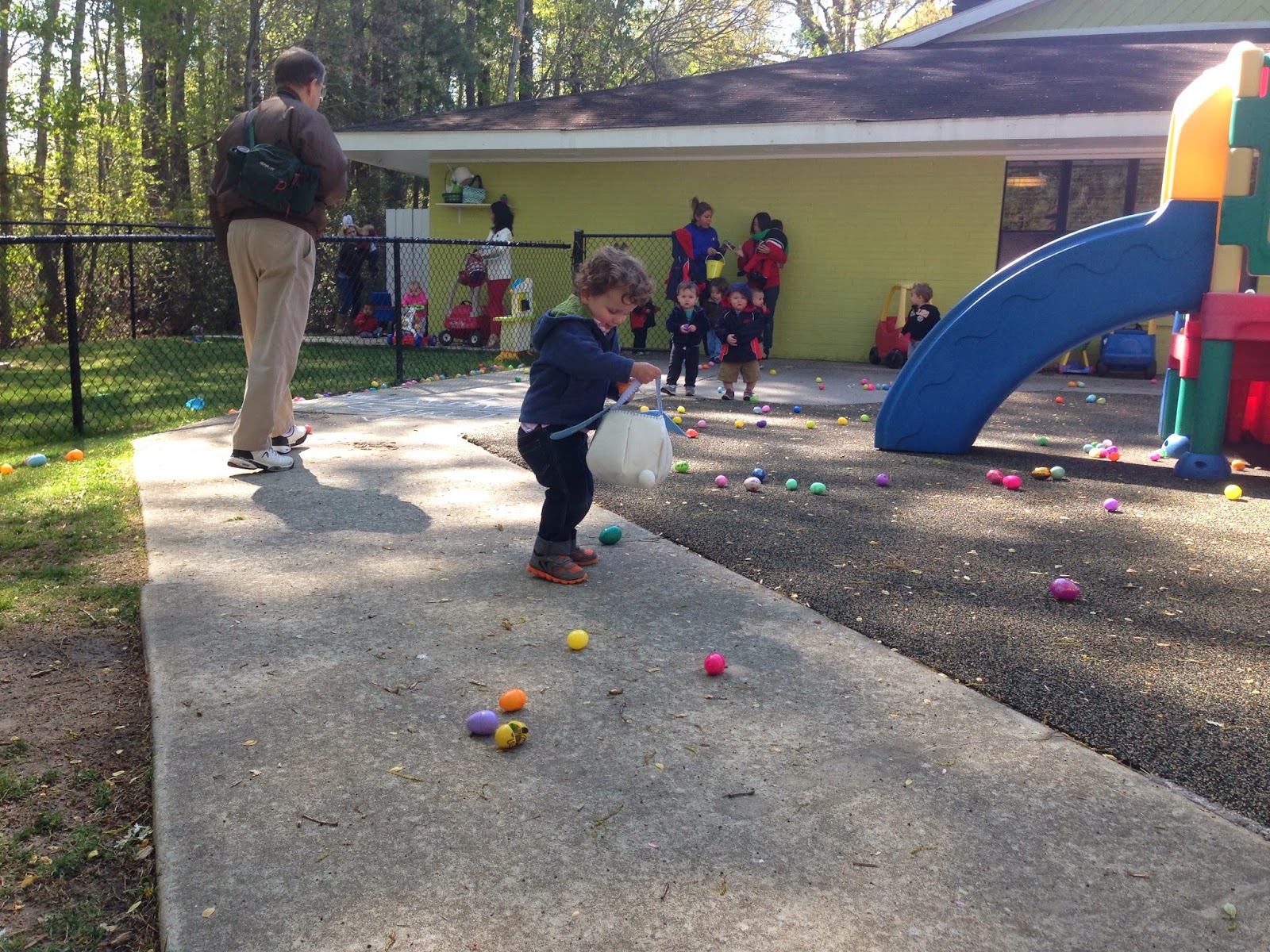 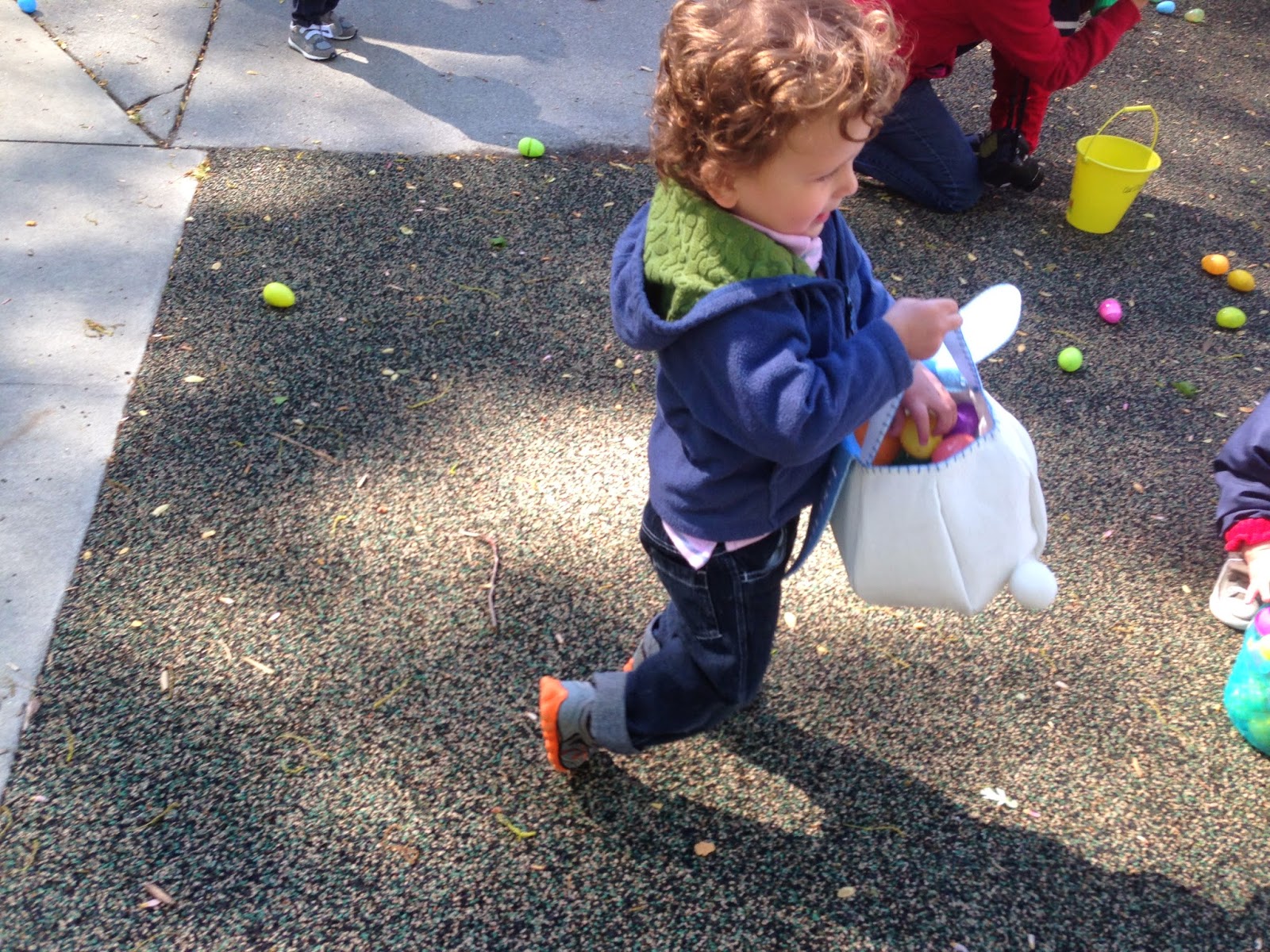 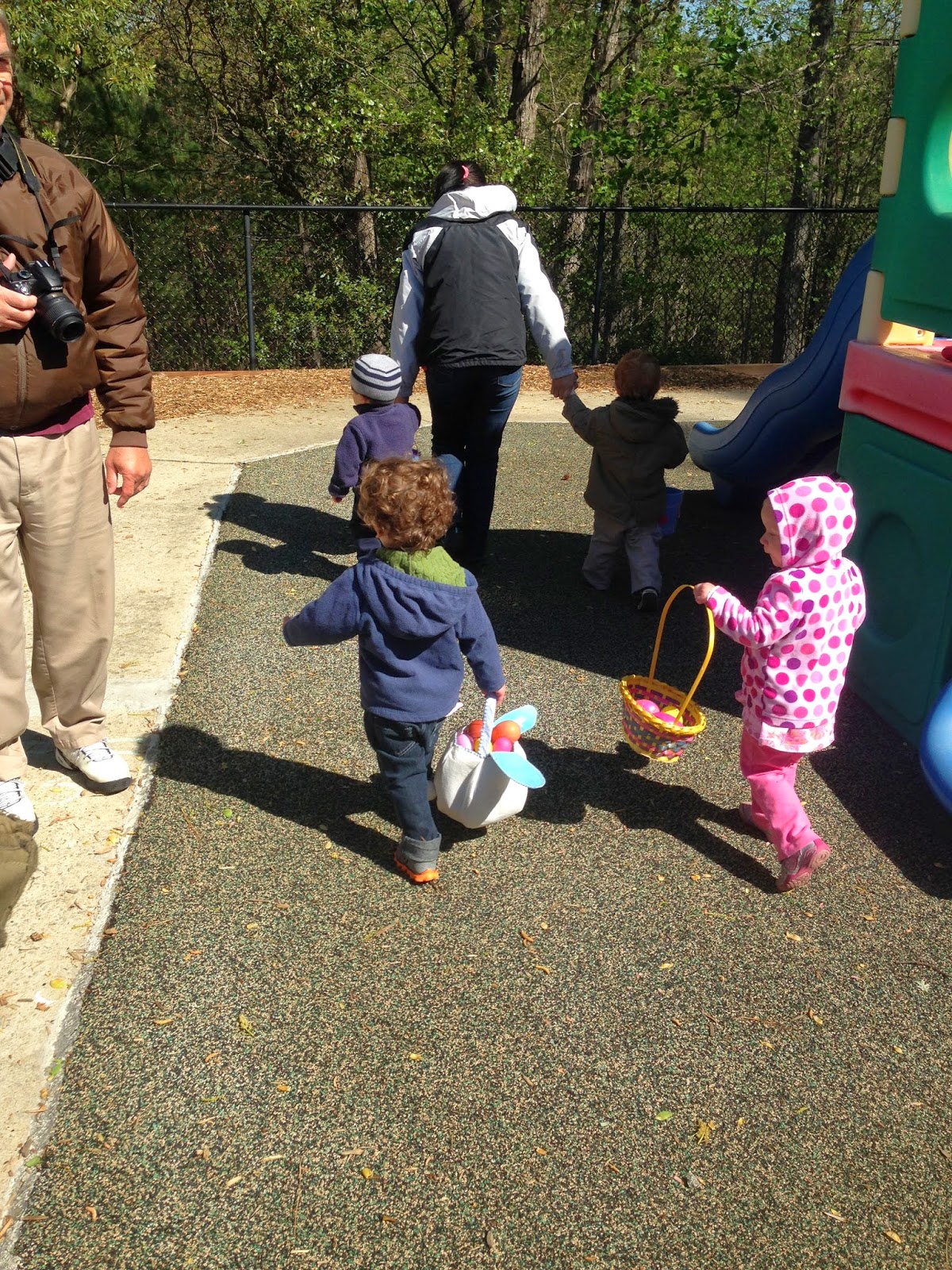 Contemplating the Easter bunny.  At least he wasn't screaming and crying and trying to crawl into the teacher's lap like some of his classmates. 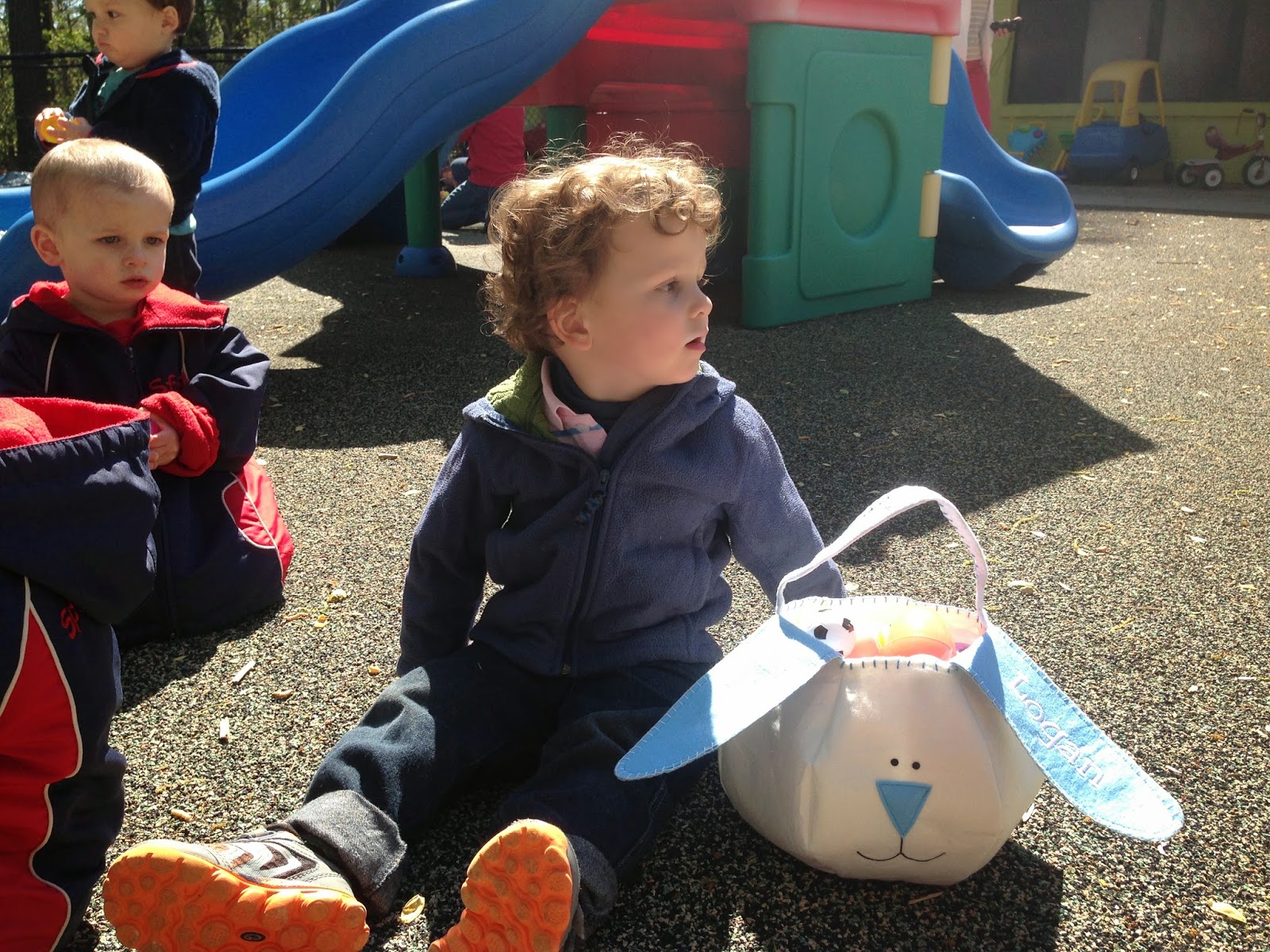 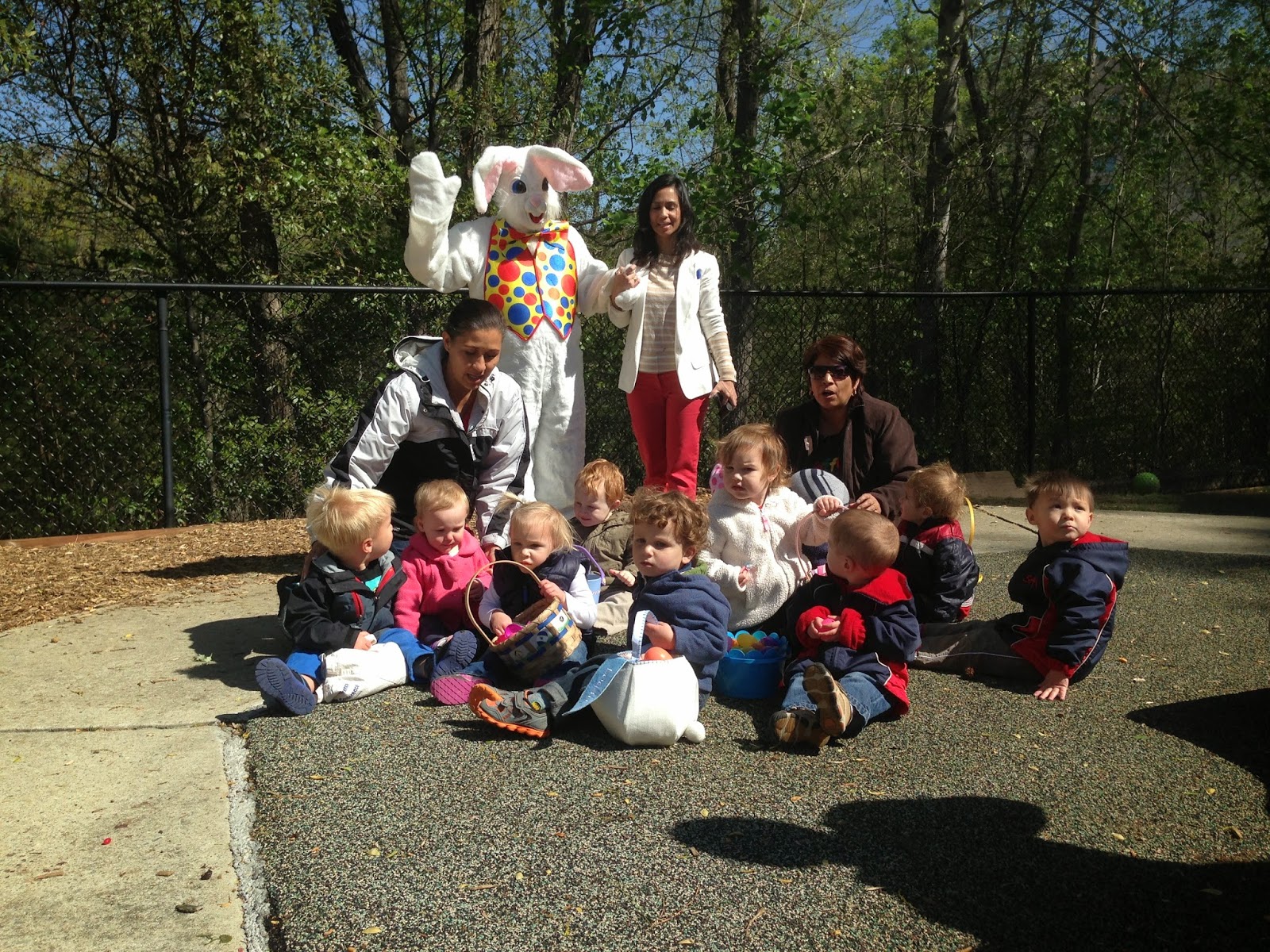 Posted by BriGaal at 8:26 PM No comments:

This past weekend I accompanied some friends to a 50K ultra trail marathon over in western North Carolina. 50K = 31 miles of ‘running’

It is cray-cray (this is word the kids used to use 2 years ago so it is now hitting us mainstream old people. It means crazy).

The ultra runners are not all bearded and stinky as I previously thought.  There were actually some pretty cute ones Heather and I surprisingly pointed out to each other. But the whole thing was a bit ridiculous in my opinion.  It was mostly due in part to the fact that it rained all day on the day of the marathon and apparently had rained a ton beforehand so the trails were a sopping, muddy mess.  And they were extremely hilly so this particular ultra was more of a hike than a run.  Our two friends who did it said they are not all like this. Our one friend, who is a pretty dang good runner (and did the 50 MILE here last year) stopped after the first 16 mile loop this year.  It was a different course and he said he didn’t feel like torturing himself on this very slow hike.  It took him 4 hours to cover 16 miles.

That is complex math (carry the 2...), but I believe that means he was covering 4miles in 1hr. See? Cray-cray.

Although the aid stations are well stocked with much more than you can really think is necessary (bacon? PBR? Really?), the fans are few and far between. Pretty much non-existent.  Again, the weather sure didn’t help at all, but when we went to see our other friend finish (and she was the 4th female) not a person at the finish line.  Despite all this, we had a great time and it was fun to get away with some friends to the mountains.

However, as you may imagine, I will never ever ever be doing an ultra marathon.

Now get out of here and read the best race report you will ever read.
Posted by BriGaal at 8:27 PM No comments: