Having a blog and then not updating it in months paints you into the corner of: do I list out everything thing I’ve done the past 4 months in bullet form with pictures interspersed so the whole world knows I’m alive and well and having super duper fun or pretend I wasn’t gone and HELLO JANUARY 16! HERE WE ARE!

I’d rather not do either and don’t have a ton of earth shattering news that most readers (the 4 of you out there) wouldn’t already know from the insta/facebook/twitter-ing/texting/whatsapping and real live talking that happens throughout the week.

Instead I’ll go with the headlines:

Logan turned 5 on December 12th! Celebrations ensued at a local bounce place where every child (and a few parents) cried at least once during the party. An undeniable success!!!

Christmas 2016: We have too many toys

Winter storm Helena – Snow way it’s going drop 8 inches in Raleigh
(and in a related story: Grocery stores and weather stations team up to cause first quarter sales to skyrocket)

On the workout front, I signed up for Chattanooga 70.3 in May after seeing the venue while cheering for Marty during his inferno-like race. Despite the god-awful heat, Chattanooga is a beautiful city that is not terribly far from us (7-8hrs). It's most likely going to be very competitive since the 70.3 Worlds take place there in September.  I'm hoping to be in decent shape for it, if I can get healthy. Which brings me to my whiney topic.

I seem to be getting silly-not-really-but-annoyingly-hurt too often.  In November it was my lower back. I unfortunately dealt with a spasm that almost made me pass out and that took a good 3 weeks to get over. A few weeks of light training (it was December after all) and now I’ve done something to my glute/piriformis/hip/IT band I mean really who knows and am now trying to get that back to working without hurting. I know much of this could be directly related to the fact that I have a desk job, that I’m completely inflexible, and I haven’t gotten regular massage since before Logan was born, so I’m taking steps to remedy all of this. I’m going to be getting regular massage again (already had one and another on the docket), I have been stretching and rolling like a mo-fo, and have made it to a few yoga classes at work. Fingers crossed I’m running again soon. I miss it. Swimming is going awesome right now; I’m likely in the best shape I’ve ever been in for January (and possibly most other months including years where I was much more serious) and biking is getting better (all this is thanks to my partner in crime, Carrie)

Overall report card: 2017 is shaping up to be a great year. 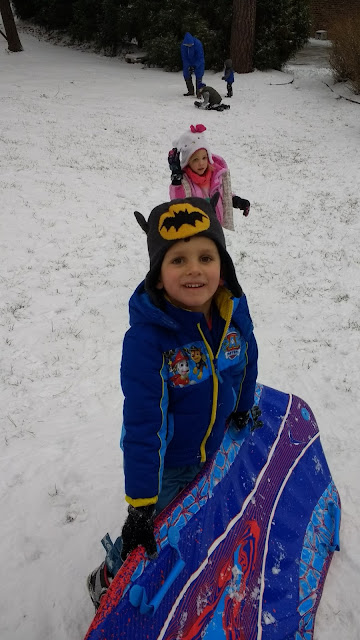