We knew we would get to this point, but it still doesn’t hurt any less.  We found out Tassie had a heart condition (a valve prolapse) when she was just 1, and she’s been on blood pressure medication ever since.  At her yearly checkups they would listen and determine if the murmur had gotten any worse, and it wasn’t until a couple of years ago that they thought it had so they upped her dosage.  Her condition never slowed her down and she regularly ran with us and has always been a giant, happy, wiggly dog.


Fast forward to this past fall and she developed a cough.  We always knew that a cough could indicate heart failure, but the vet diagnosed her with kennel cough, which was quite weird since she is not around many other dogs.  But the first course of antibiotics seemed to work. Then she got a cough again around Thanksgiving, and was prescribed more antibiotics, but this time they didn’t work.  Back to the vet and they suggested we go see a cardiologist  at the NC State vet school. We’re lucky to have the finest doctors here, as many people will travel far distances to get to a veterinarian at NC State.  This was happening around Christmas and the earliest appointment I could get was January 21.


Then New Year’s came and she was much worse.  Still coughing, generally uncomfortable and then one Sunday night she was really struggling to breathe.  Marty called one of my athletes who is a vet, and she immediately called in a diuretic for Tassie as she was positive she was having pulmonary edema (fluid in the lungs).  After giving her this, within 20 minutes she literally collapsed into a deep sleep on the floor. Poor thing was terribly exhausted.


My athlete was able to get Marty and Tassie in the very next morning and she diagnosed her with congestive heart failure.  I can’t thank her enough because over the next few weeks we were texting and emailing her constantly trying to get her meds right.  We debated back and forth about keeping the NCSU appointment because at this point what could they really tell us? But getting an echocardiogram would show us much more about how her heart has progressed and what stage she is in.  It would give us a better prognosis and allow the doctors to prescribe the correct dosage.


I ended up taking her yesterday as Marty was dealing with Logan and some dental issues (a whole other saga). The people were absolutely awesome – it is a school so there was a 4th year and 1st year student sitting in listening as well as a veterinarian who was a wealth of knowledge. Her own dog actually just went through this exact thing and she could definitely relate.  I was pretty upbeat going in there – Tassie is the same Tassie she has always been.  When I walked in with her someone even asked if she was a puppy because she was so excited and wiggling at every new person that walked by.


I left after the initial consultation and went to work while they kept her for the echocardiogram. They called and said I could come back at 3pm and would I like them to go ahead and fill the prescriptions as some had changed. That was my first clue that this was not going to be a good return visit.  She was already on heart failure meds so increasing dosage and adding new medications didn’t seem like a move in a positive direction. But, I rationalized, maybe they were just zeroing in on exactly the right stuff she needed.


I got there and was a bundle of nerves.  I knew that this was an inevitable scenario ever since Tassie was first diagnosed.  I had also googled enough that once a dog is diagnosed with CHF that the prognosis is not good. But I also did read that some dogs lived several more years and kept hearing that the fact that she had responded so well to the meds and she was in great shape were good signs.  I waited for just a few minutes before the cardiologist came in and she starts off by telling me that Tassie is soooo sweet and such a beautiful dog. But her heart is very, very bad.


So those were not the words I was hoping to hear, and it was hard to keep the tears from flowing. The doctor was very thorough and super nice and sympathetic. She drew me a diagram and showed me the echocardiogram and allowed me to cry and cry.  The gist is her left atrium is 30% too large, over 50% of her blood is not getting out of the heart, and blood is seeping into her lungs.  Prognosis she said, was 6 months, to maybe a year (but I almost feel as though she said that for my benefit).  She said that if Tassie wasn’t on any medication, she would die in a couple of days.


Treatment is medication (lots) and monitoring her until we feel her quality of life has gone down too much.  Then we can make that awful decision of putting her down. She also could die suddenly, which actually seems more likely at this point with the shape that her heart is in.  They saw some irregular heartbeats on the echo, so sudden death is a definite  possibility. I’m not sure which is worse.


But, until then, we will continue to love her as we always have. And be thankful for the time we have had with her. She is the greatest dog. 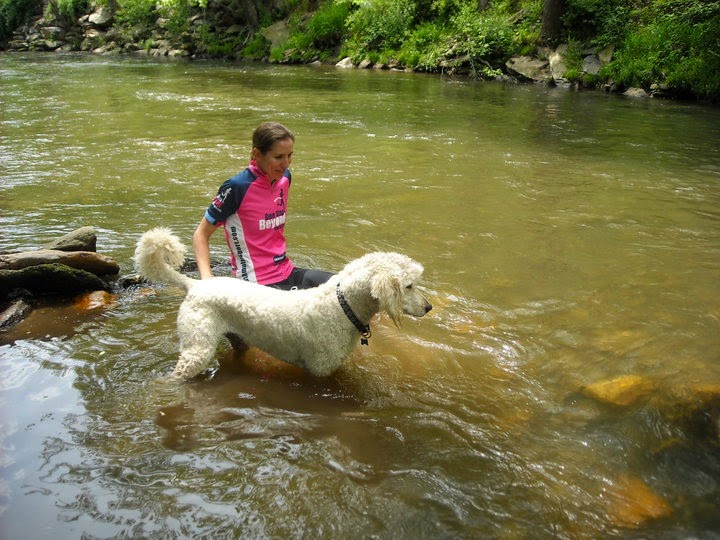 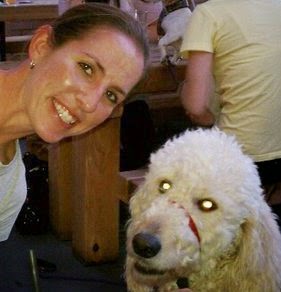 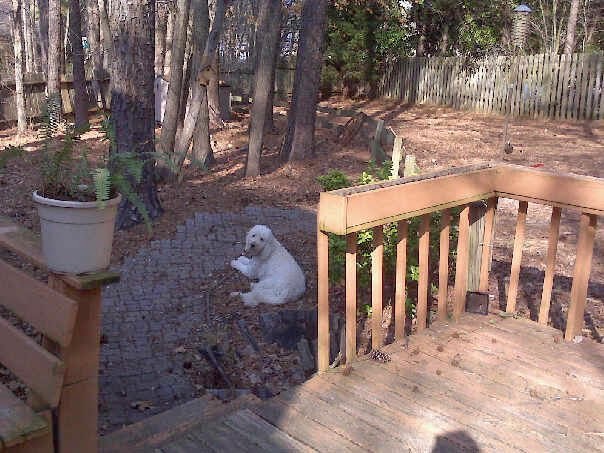 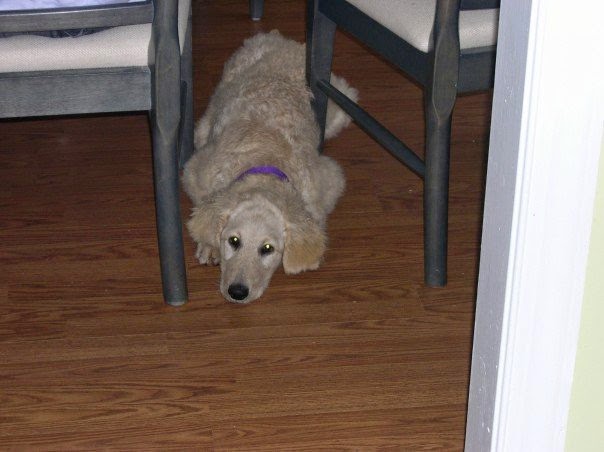 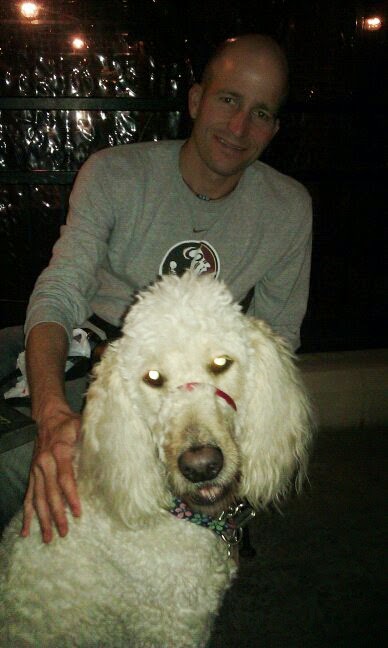 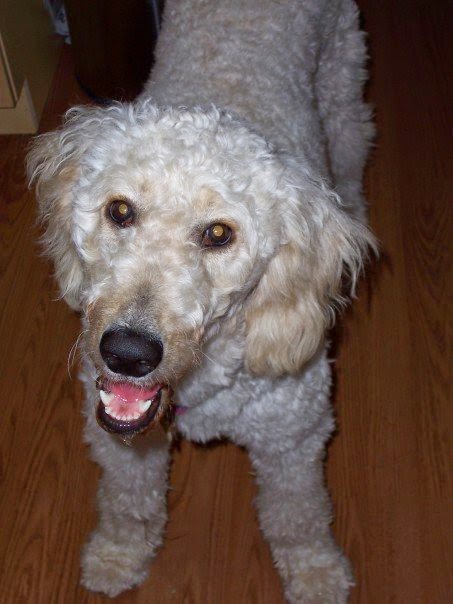 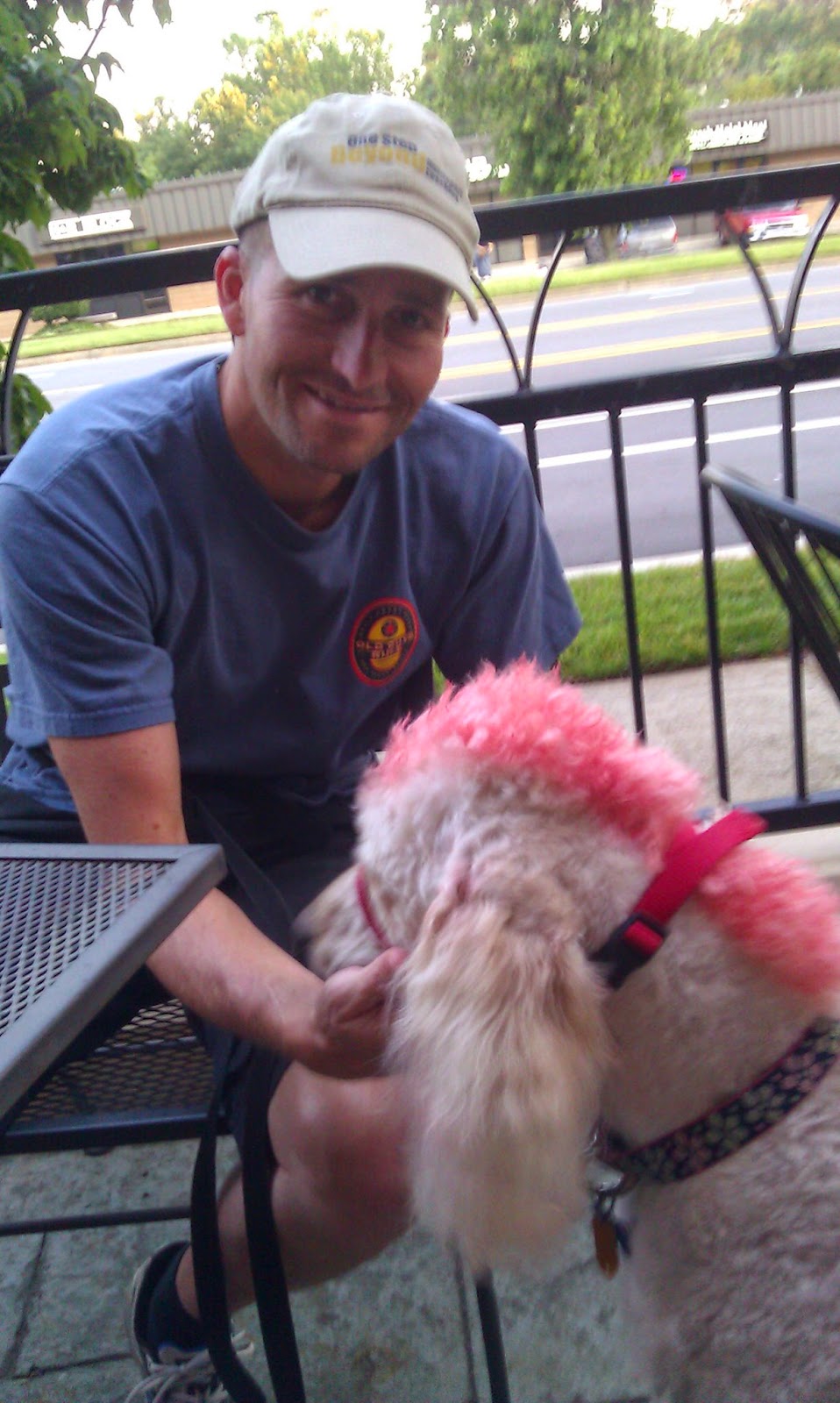 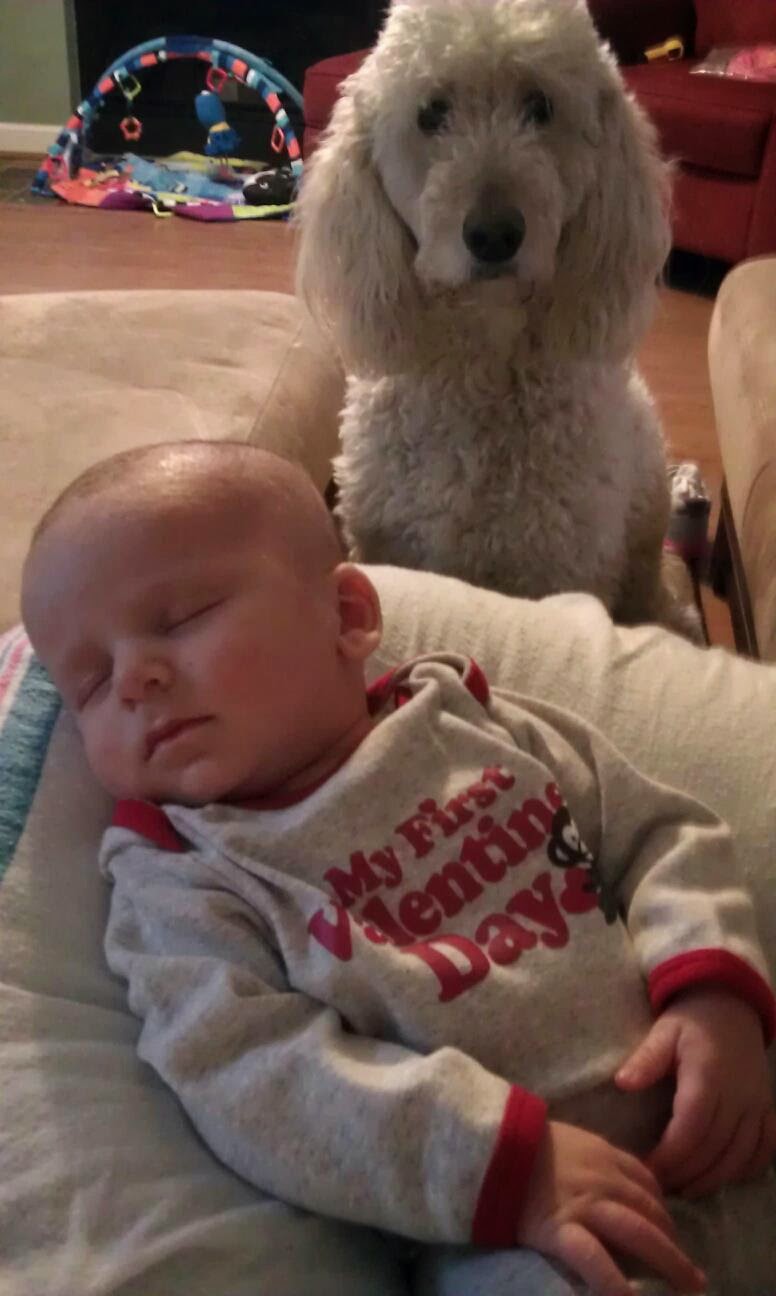 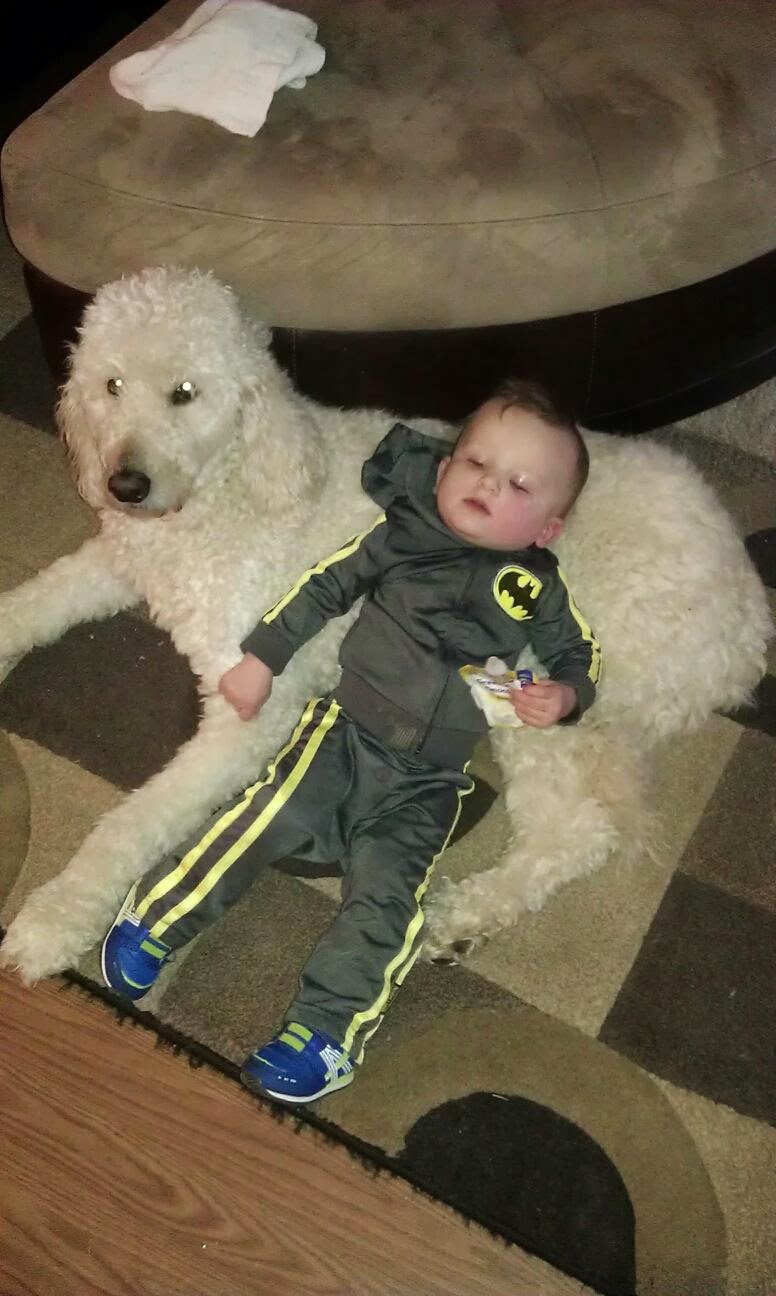 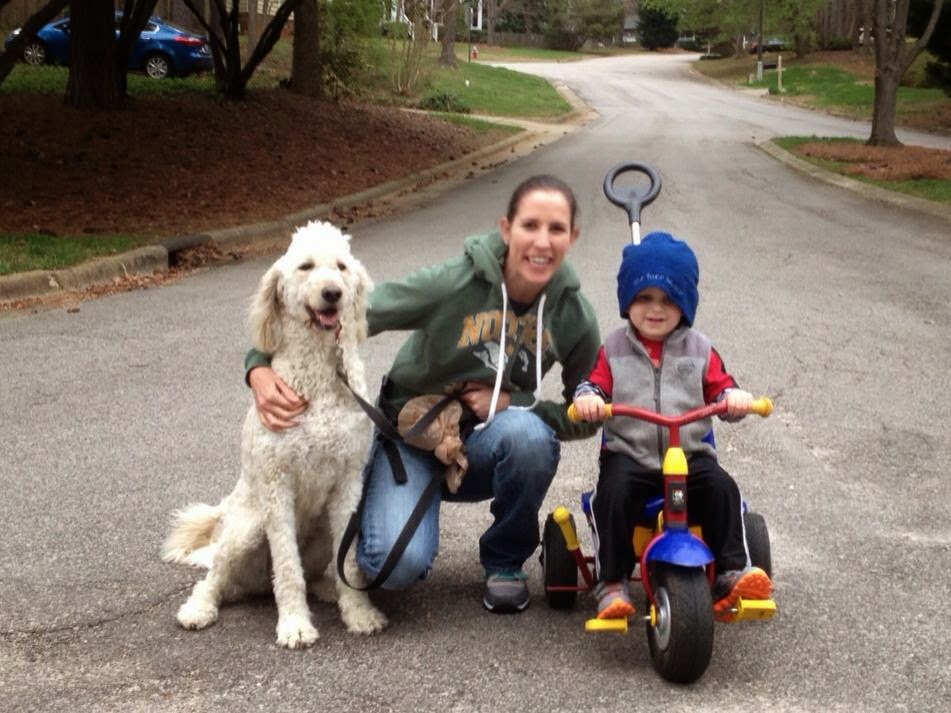 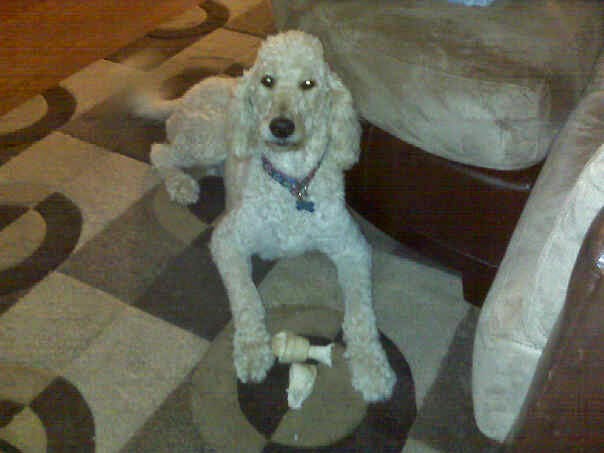 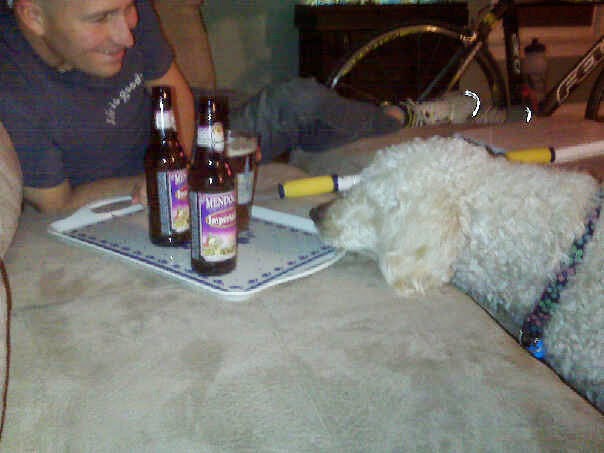