Another weekend in FL

Quick trip to Florida, but we packed it full of events!

I love the direct flight from Raleigh to Tampa – less than 2 hours and it’s just so easy. Marty and I got into Tampa around 7:30 and then had some dinner before driving over the bridge to St. Pete.

Saturday morning we were up early for the Hurricane Man 2.4 mile swim. I took a shuttle to the start and Marty ran down the beach. The water was nice and warm already and we had some chop/waves the entire time. Having never done this distance before, I decided to cruise the first half and then pick it up. I hardly every go more than 3,000 meters in the pool so I really had no idea how it would play out. I ended up with a couple girls for the first half so that kept my mind occupied trying to stay in someone’s draft. I was feeling really good and with about ½ mile to go I decided to start kicking – wow, that makes a huge difference! I’m more of a drag your legs behind and kick for balance but I could definitely feel the increase in speed when I added in the legs :) I rounded the last buoy and hit my watch at the finish line; and was completely surprised by the time: 57:48! I think Marty was even more surprised! I’ve never broken 30min in the few half ironman’s I’ve done so I was thinking anything under 1:05 would be good for me without a wetsuit. We ate the free breakfast but didn’t stick around for awards (which were tiny rubber ducky’s, seriously).

And then as we were driving away, Marty disclosed this little nugget of information, “So when I was running down the beach I saw a fisherman. He had just snagged a baby shark and was in the process of releasing it back into the water.” I’m very thankful he didn’t tell me this before the start – not something I want to be thinking about. Especially because I would be wondering the whole time where the mama shark was.

That night was the hall of fame induction ceremony and senior athletic awards banquet at my high school. I was very, very nervous for this, which I know probably seems silly – I was more nervous for this than any race I’ve had over the recent years! They treated me like a rock star and said so many nice things about my time at the school. I got to meet a bunch of the kids on the track team and I’m pretty sure that my speech went over well. It was really a neat honor and I was very appreciative of it all.

Sunday morning I ran. Yup, I ran a whole 18min with minimal foot pain. My cuboid bone seems to have worked itself back into place as I haven’t had much pain while walking around the past couple of days. This is very exciting and I’m hoping to get more consistent with my running again.

Here are some pictures from the induction.
This girl just broke my 3200 meter record last week at their state meet. She has a great future ahead of her! 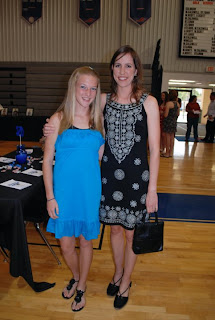 Listening to one of the coaches say too many nice things about me. Marty seems to be thinking, "Eh, big deal." ;) 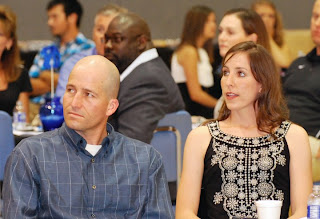 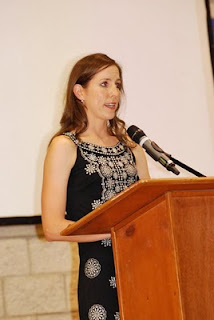 They presented me with the actual sign that was in the track record display in the gym. Where do you all think I should put this?! 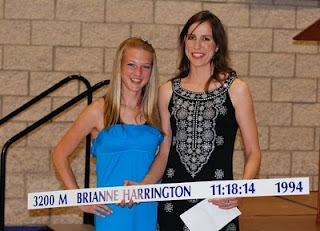 No doubt imparting loads of wisdom... 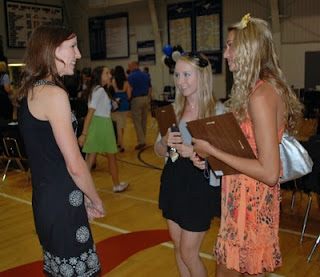 I had lots of pictures taken with various current team members. 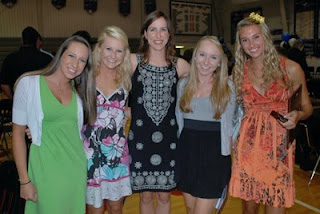 One of my absolute most favorite teachers and her daughter. 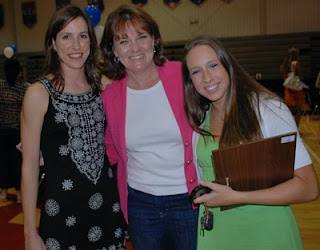 I think you should put the record sign above your bed. Or above the front door for all to read as the walk into your house.

That is sooooo smoking fast Bri!! Perhaps you should kick more often! :) And congrats again on the Hall of Fame induction - very nice honor and it looks like it was a lot of fun (after the speech was over of course :)

That hall of fame high school thing is so cool! Wow! You rock star. :)

P.S. You could just add the sign to your race bag and tape it up on the bike rack so everyone knows what they're up against. Just kidding. Not really. OK, I'm kidding, sort of...it would be funny though, in a totally out of character for you sort of way.