Thanks to Kari and Bobby for letting us all come down to their family's beach house this weekend - we had lots of fun and got in lots of good training. All pictures have been taken from Kari, who is our resident photographer for trips.

We started Friday night off with pizza. Alysia and Kari slaved all day to make us a delicious meal. 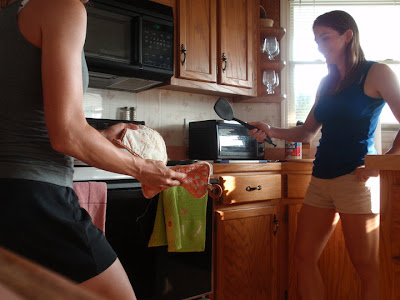 Saturday morning we got up early so we could get a bike ride in before the beach traffic picked up. 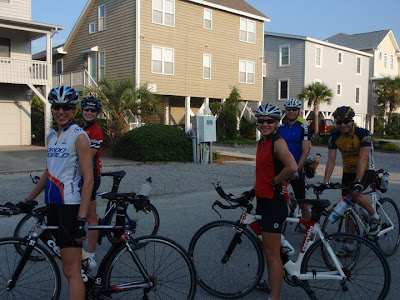 It's amazing how fast 50 miles can go when you're on flat roads doing a constant paceline with great athletes. 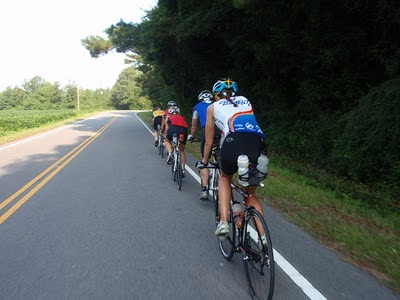 We were thinking of having Cervelo sponsoring us? 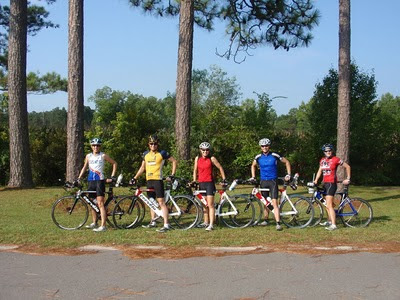 There's always one who has to be different. 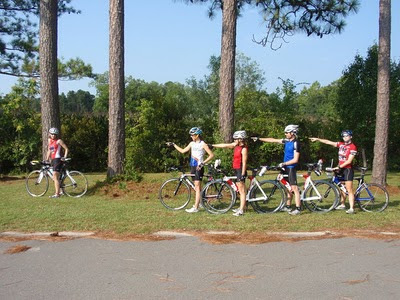 After floating in the canal, a big lunch, and several hours playing at the beach, we let the boys grill for us. 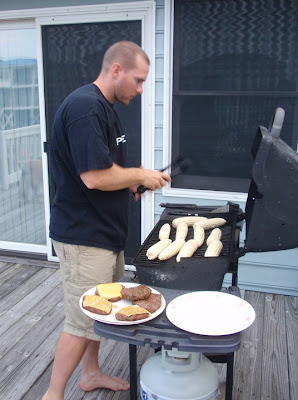 Burgers, corn on the cob and beer - doesn't get much better than that on a Saturday night at the beach! 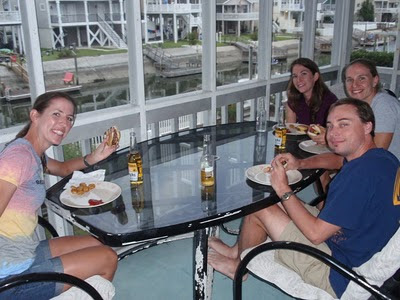 There was a heated game of 'Scene It!' in which the girls won (of course, right?!) This is a board/dvd game where questions are asked about movies. Sometimes it's just a question, sometimes you have to watch a clip of a movie, sometimes there are pictures that you have to put together to guess a movie's name. For example, name the movie using the following two pictures: 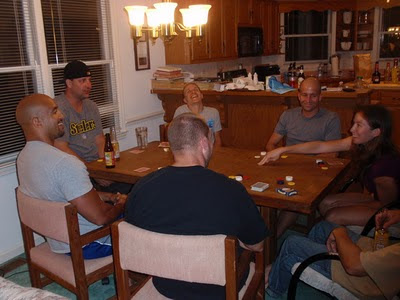 And two dorks who became obsessed with a puzzle. 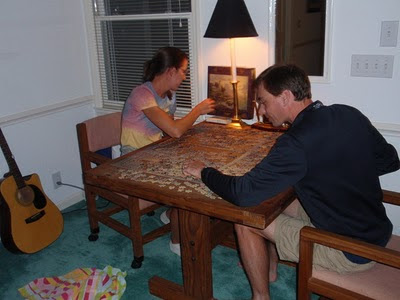 After a long run on Sunday, we went to the beach for some open water swimming. This pictured doesn't do the ocean justice; it was actually quite choppy and had a pretty strong current. I mostly paddled on the board but did get a little swimming in. 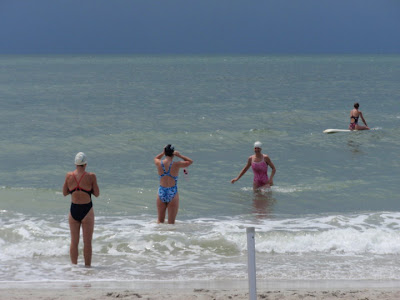 Need to teach Tassie to look at the camera. 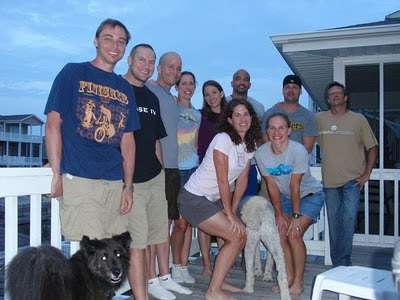 Looks like a fantastic time. Love the pic of Tassie's butt.

So fun! That's awesome.. good friends to train and some ocean swimming! Loved the Cervelo pic too.. of course, I can be in that club!! Glad you enjoyed it!