This has been the summer of short vacations for us.  We did another this past weekend, taking advantage of a little gem North Carolina has to offer in the mountains – The Tweetsie Railroad! This was one of America’s first amusement parks and is themed around a steam locomotive that ran from Johnson City, Tennessee to Boone, NC from 1917 – 1950.  It has a wild west theme with lots of cowboys and Indians and amusement rides.  Tweetsie is just outside of Blowing Rock which is a super cute mountain town that we always ride into during our summer Boone Camp.  Marty and I have always said that we would definitely take Logan once he was old enough to enjoy it and now seemed like a perfect time.


We drove the 3 or so hours to Blowing Rock on Friday evening and got to Tweetsie pretty much right when it opened on Saturday.  Logan loved it and had a great time.  He LOVES all the rides, and wants to do every fast, spinning thing possible. I have to opt out of the spinny rides in my advanced age as I now get motion sick but Marty is still game, thank goodness.  The train with the fake stickup and indian raid are fun for young kids and they had a petting zoo at the back of the park with lots of deer, goats, emu’s and llamas. Llama’s do spit; I saw him/her spit on a kid! Overall we really had a great time. I thought it might be too hokey but it was perfect for Logan – not too big or crowded (I think Disney would be waaaay too much for him right now) but still lots to do and a lot of fun.  Also, he’s terrified of the character’s that walk around.  Tweetsie just has a rabbit and a turtle but he was always asking, “Where’s the rabbit??? Pick me up, mommy!!”


After Tweetsie, Marty and Logan took their afternoon naps while I wasted time in a coffee shop reading a book.  Then we walked into downtown and had dinner and then Logan played in the park right in the center of town.  The next morning we had a great run to Bass Lake before stuffing ourselves full of yummy breakfast and heading home.


This weekend: The Battle at Buckhorn, a cookout in the evening, then the Durham Bulls on Sunday. Can’t stop won’t stop. 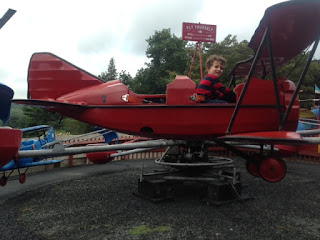 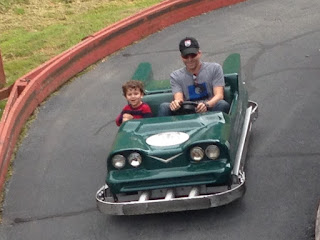 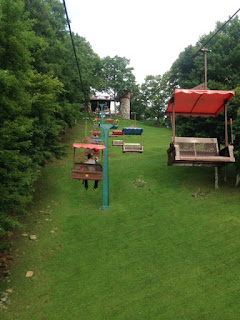 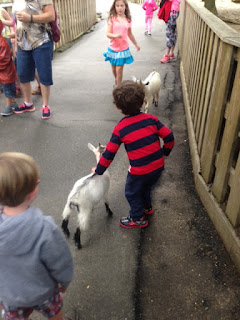 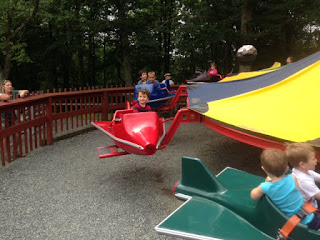 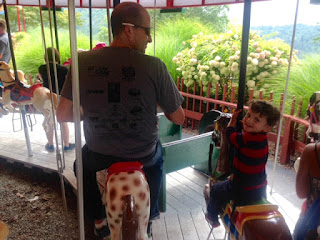 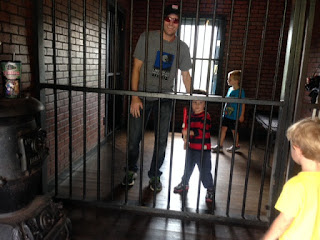 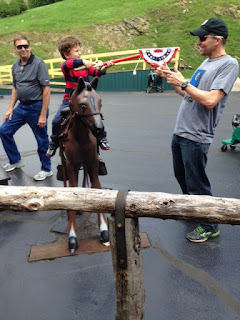 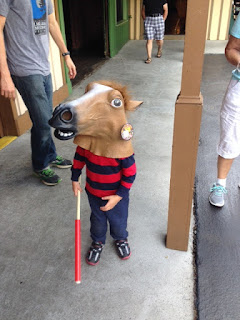