Long weekend at the beach

Marty did the TOA Sprint Triathlon on Saturday, and since it had a very manageable start time of 10:00 am, Logan and I both went out to watch. They were running the Beaverdam Olympic distance race a half hour earlier and we knew a ton of people racing between the two events. Logan did great and listened pretty well when he was out of the stroller. We were in a relatively small area with different legs of the race pretty much surrounding us, but he was entertained by other kids, his ball, and generally running in circles. He did try and run after 'dada' both times he saw him. Marty did well, finishing 4th overall.

Later that afternoon we drove over to Wrightsville Beach for a long weekend/mini vacation with Marty's sister and her family.  Her husband has a bunch of relatives in that area of NC and one of the many nieces had Confirmation so they were all up there for that. We were looking forward to spending time with them and Logan's cousins, who he absolutely loves playing with.

Tim rented a sweet place that was almost directly on the beach, and they gave us the upstairs with this great view. 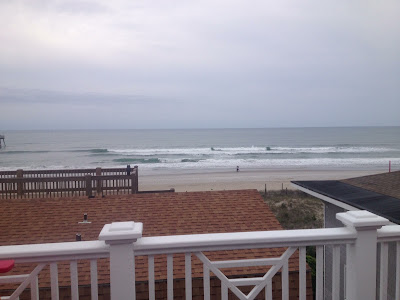 The problem was we had to dress like this to go to the beach: 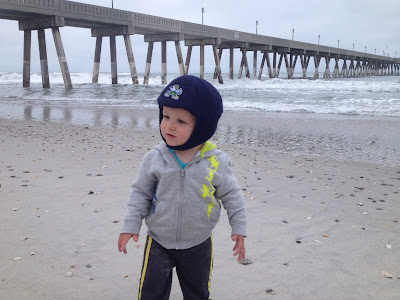 It was so freaking cold! Some stupid front came through last Friday evening and made our temperatures dip back down to below normal. And out on the beach it was crazy windy. All day Sunday it was 25mph+. We didn't even get to go to the beach really because the weather was so crappy.

But we made do. Logan still had a great time with Cate and Jamie. And we had fun catching up with Anna, Tim and Donna (Marty and Anna's mom). 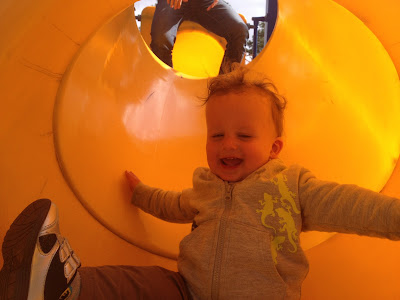 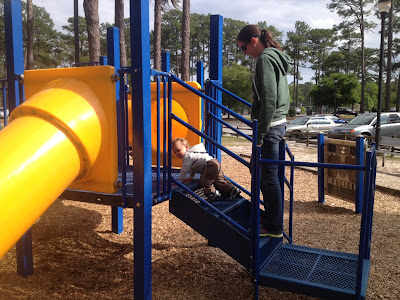 We went to the NC Aquarium at Fort Fisher on Monday. Obviously, it's no Sea World, but for $8 I think they do a pretty good job and the kids had a great time.

GOSH he is growing up! Love to see the updated pictures! :)