Pre-Race:
Marty rode his bike to Wilmington on Friday (134 miles). I worked all day, packed up the car, and met him and Tom and Richard at a bar in downtown.

Saturday morning we ran an open water swim clinic and got to practice running into the surf and swimming in the waves. Then Marty and I checked out the Fort Fisher Aquarium. 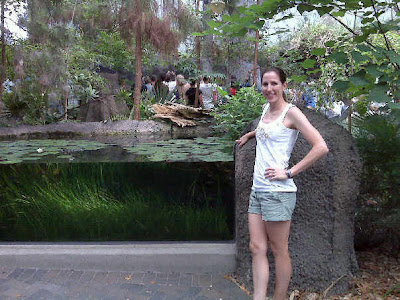 We also got Tassie a present from the gift shop which she seems to enjoy. 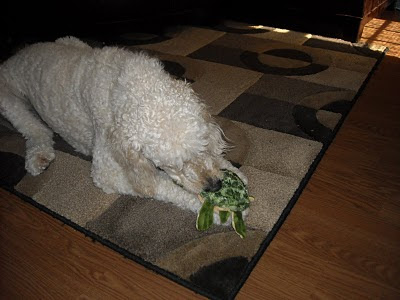 This is a wacky race. It's like no other sprint triathlon you'll ever do because there are so many different things that are a part of this race that you don't normally have to worry about.

The water was relatively calm - only some breakers at the beginning and then a bit of rolling for the rest of the swim, but this race has been seriously rough in the past, and sometimes is inundated with jellyfish so I count us as lucky this year.

Although there were several open women signed up, there were only 3 of us that made it to the starting line. There were a bunch of open males and open masters males and they decided to have a scrum at the start of the swim, so I said, "well, go ahead boys, I do not feel like fighting with you all today." I think I rounded the first buoy last in the wave :) But caught a few guys right after and came out right with the 2 other girls. A quick run up the beach to find your shoes, then some nice sugar sand running - not my favorite. We ran over the little foot bridge and then through the baby pools that are so nicely set out to clean off your feet. I was off and running and in first place very quickly. I also was able to pass a couple of the guys who beat me out of the water. The run is completely devoid of shade and with temps in the 90's and humidity off the charts it was really freaking hot.

I was by myself as I approached the next transition (different from the first) and was not directed into the correct entrance and had to turn around and backtrack. Cost me about 20 seconds and more annoyance than anything. I hopped on my new Cervelo P3 (or as I like to call it, the Bri-3! hahaha!) and the bike was pretty uneventful. I still find it hard to go super fast when I'm by myself, so think I most definitely could've gone faster and will keep working on it. I did not make it around the 2nd U-turn without unclipping -- I'm such a rookie! But that turn is TIGHT and has about a billion cones and cyclists coming out of transition right in the next lane. I got skerred.

Off the bike and now onto the 2nd 1.5 mile run. On the bike I saw I had a really big lead on the 2nd open female. I was able to catch one guy early on in the second run, but then it was by myself again. And it was so hot. And I definitely lost focus out there.

Back to the beach for the final swim. First, must run through the sugar sand and get rid of the shoes in my little spot. Then you have to run DOWN the beach about 300 yards, back up through the sand to go under the start banner and then finally in the water. This is the part of the race that is really annoying, and oops, also gotta get that swim cap back on the head which was not an easy task for me. But oh the water felt so good this time around. Ahhhh, I guess I should start swimming :)

I stayed nice and relaxed on the second swim - no one was ahead of me or behind so I enjoyed being out in the ocean. On the way back in I totally got smashed by a wave and then thought I was close enough to stand. Tried to touch the bottom....nope. But here comes another wave - try and body surf it in! Almost!! Got a little push...now can I touch the bottom? Nope. At this point I realized I really needed to stop playing around in the surf and GET TO THE FINISH LINE!

Ended up 2nd overall to a girl who raced age group. Fun race and weekend! 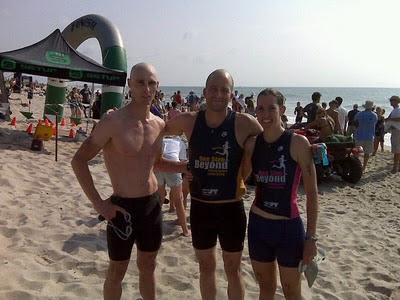 Oh man - that race would have me totally confused as to where I was supposed to go next!! :) Congrats on a great race!! :)

I'd probably still be out on that race course trying to figure out where to go next. And a swim at the end - I can't think of a worse scenario. Great job!