My sister-in-law, Anna took some pictures at the beach one evening this past weekend. 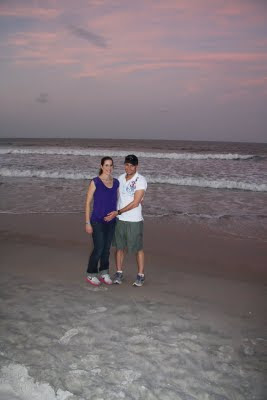 Marty loves touching and talking to my belly 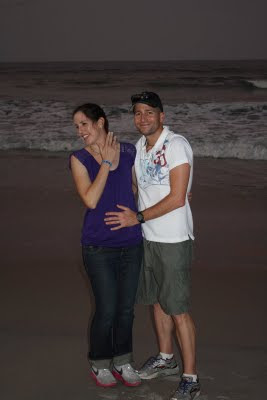 He also likes to lick me Me, Marty, Anna, Jamie, Tim, Marton, and little Cate in the front 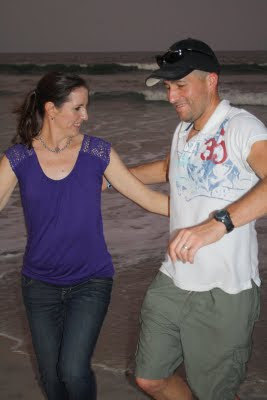 Anna's funny caption for this: "What are you running from? PARENTHOOD!"
Yesterday we had a 3D ultrasound at the Dr's office. Logan didn't cooperate very much having his arms and hands in front of his face and then totally turning away from the camera no matter how much the technician tried to get him to move. We still got a few shots of face and a good future embarrassing one of him from below. We had to go in for an ultrasound anyways to check on some abnormality that came up earlier in the pregnancy but it had resolved itself (as we were told it would, but they still feel the need to freak you out for a little bit). So luckily we didn't actually have to pay the full price of the 3D scan which can be pretty expensive.

He's measuring at the 65th percentile for weight which is relief for me at this point even though I'm pretty sure those things aren't super accurate. The relief is because I was giant fat baby (10lbs 14oz) and fear he will follow in my footsteps. So I'm hoping that he comes out closer to normal than sumo-baby.
Posted by BriGaal at 10:22 AM

You don't even look 6 months preggers! Wow! You look great! And I agree with Beth...I can't believe you were a 10+lb baby!!